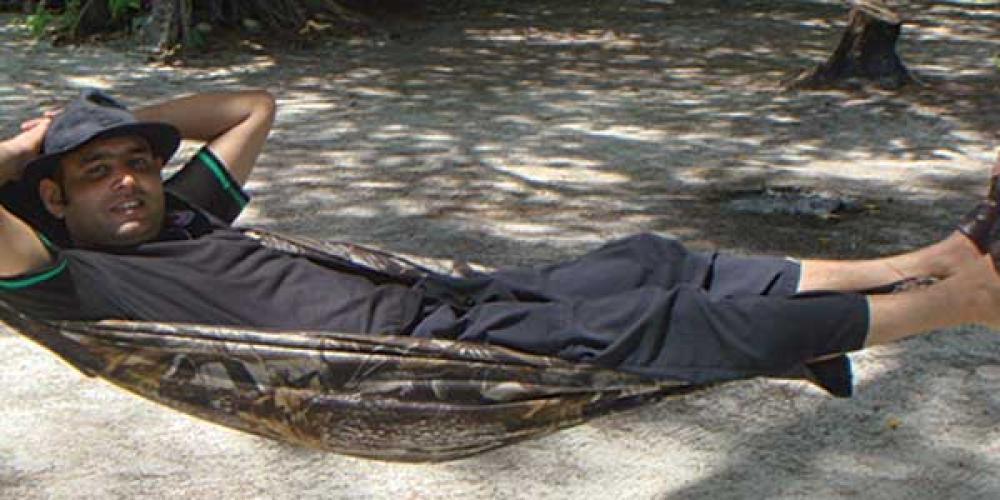 When I discovered AVS, I saw that there were hundreds of opportunities to serve God in other places around the world.

I came to know about the Adventist Volunteer Service when I first started working in our Union office as an accountant. When I discovered AVS, I saw that there were hundreds of opportunities to serve God in other places around the world. In time, I completed an application and was eventually accepted to serve as a teacher on the island of Yap. However, several things happened that made it impossible for me to serve in Yap. I am still not sure why things didn’t work out, and at the time, I was very discouraged. Most discouraging to me was the fact that I wasn’t able to raise any funds or even enough for just my airfare. I thought that I had lost the chance of a lifetime. I tried to apply to other places, but my application was denied each time. I became more and more discouraged. I couldn’t understand why God wasn’t interested in helping me serve Him as a volunteer. I kept questioning why and complaining about the hurdles in my way. I kept thinking about things from a human perspective. I decided to stop applying for positions and concentrate on my career instead. It worked for a time, but something – a small voice – kept telling me to try AVS one more time.

This time, I applied to serve on the island of Palau, and I was successful! I could clearly see God working everything out for me. He made everything fall into place and provided all the funds I needed. I saw so much of God’s goodness as he provided help through people and events. I started to understand that God’s perspective is completely different from mine. I still really don’t understand all of the ways in which God works and the reasons for why He says yes at some points and no at others. But I do know that God has a better plan for our lives than we can imagine! He uses different ways to teach, guide, and protect His beloved children. I don’t know what the situation on Yap was then, or is now, but I know that God didn’t mean for me to serve Him there and that’s all the reason I need. Instead, He allowed me to come to Palau, where He had a place reserved for me, and I am so happy to be serving Him here now!

The story of Joseph is a really good example of God’s perspective versus human perspective. His ten older brothers sold him into slavery in Egypt and he went through many difficulties while there, away from his father, who thought he had been killed. If anyone had the right to question why, Joseph did! However, we can clearly see how much he grew to trust in God’s control over his life. When he came face to face with his brothers again, he was able to tell them that God sent him ahead of them to preserve their lives! He acknowledged that God saw things differently and had His mighty hand over him all along, especially when he didn’t understand God’s reasons for everything that had happened to him.

From a human perspective, the world, and even our lives, often seem to be random and unpredictable, but God is ultimately in control. In Joseph’s story, God used even the cruel and unjust actions of Joseph’s own brothers to fulfill His plan. People’s sinful ways do not ruin God’s sovereign plans; in fact, nothing can really stand in the way of God’s will for us as long as we surrender control to Him and follow His leading and guidance.

Our life is like a tapestry. Now, we can only see a few sections, maybe with some knots or loose ends. But someday, we’ll see the full, beautiful picture that God is creating. He will show us the world’s history and our own personal history, all from His own perspective. I pray for enduring patience to run the race until we can view the final picture. Through God’s grace and power, we can embrace both the good and the bad, knowing that God is weaving a beautiful picture with our lives!

Naveed Frank is originally from Pakistan. He is serving as a Computer Teacher for Palau Mission Academy on the island of Palau. He began his service in March of 2012 and will continue through May of 2013. Naveed is willing to go anywhere God calls him to serve and hopes that his story will encourage others to seek God’s will for their lives and see His wonderful plans come to fruition.