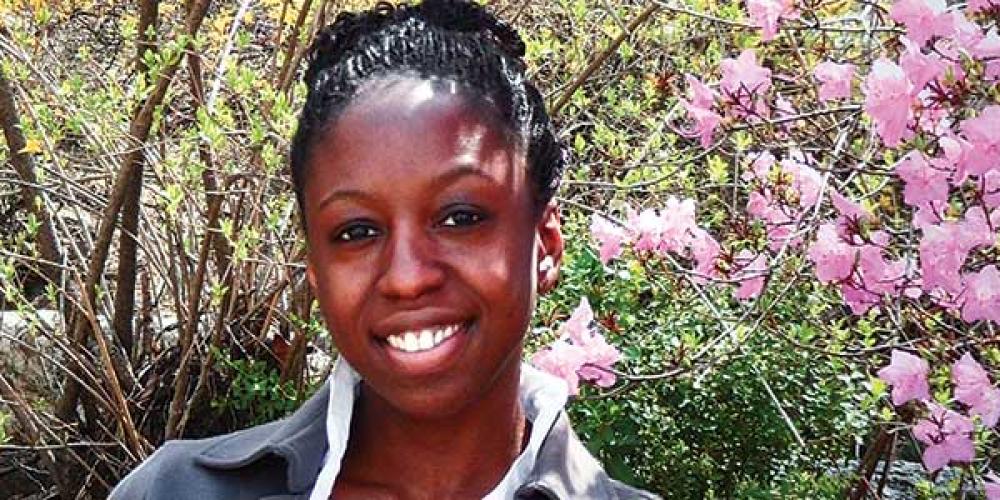 Do you see how important you are to God? Don’t forget it, because He has not forgotten you!

After I graduated from college, I felt down. I felt that all my hard work wasn’t going towards what I really wanted. I had a strong desire to work and travel. I couldn’t understand why I was living in a time where it was hard to find a job and to meet the requirements of the job. Going to church didn’t ease my low spirits and I felt as though God wasn’t hearing my prayers.

One night, I was surfing the internet, and came across a movie trailer that I happened to watch. As I was watching it, I saw that I could really relate to what the main character was feeling. She wanted fulfillment in her life and purpose in her journey, just like I did. Ever since I was a little girl, I had wanted to travel, meet new people, and experience different cultures. I felt that this was a sign that God was telling me it was time to look into opportunities that would allow me to do so.

As I prayed about my situation, I had so many questions for God about where He wanted me to go. In a few days, I received my answer. A friend of mine suggested that I should consider teaching English in South Korea. I had never thought about teaching, but I decided to look into it. As I filled out the application, I said to God, “Lord, if you really want me to be in Korea, please have someone from the Language School call me tonight!” That night, the teaching coordinator called me regarding my interest in serving in Korea and gave me more information on what to do to get there.

After I hung up the phone, I was in complete shock. God had answered my prayer exactly as I had prayed it! Just to be sure, I asked God one more thing. I said to Him, “If you really, really want me in Korea, please hold off the snow so that I can get all my required documents turned in on time!” Now why did I pray for it not to snow, of all things? Well, I live on the east coast of the United States where heavy snowstorms are normal during the months of January through February. When we get snow storms, everything shuts down. Stores are closed, the postman can’t deliver the mail, and sometimes electricity gets cut off. So I prayed that the snow would be held off until I could complete my paperwork and mail it to Korea in a timely manner. Making the deadline was important as this affected the visa process.

Amazingly, it did not snow at all, and I was able to complete everything in time. I knew that God really wanted me in Korea.

I am a firm believer that God can talk to us through any means necessary. One night, I even had a dream that I went to serve in Korea at the wrong time. I woke up the next day thinking about it. Later that day, I received a call from the Language School to come to Korea earlier than I had originally planned. I requested time to pray about it and speak to my family before making my decision. As I hung up the phone, I thought about my dream and knew that God wanted me to be in Korea as soon as possible. Finally, in March 2011, I arrived in Korea!

During my time there, I was able to witness to my students about Christ and show them that being a Christian is a lifestyle. In Korean culture, the use of alcohol is widespread; it’s seen as the only way to have fun and socialize with your friends and colleagues. I was able to show my students that they could have fun without alcohol. That was just one of the ways in which I was blessed to be used by God. I soon realized that this year that I was serving to spread the gospel had also brought me into a closer relationship with God.

Living abroad was just one of my dreams that came true. I was able to see Usain Bolt (my favorite athlete) compete for the World Championship Games in Daegu, Korea. I was also able to visit my dream destination for Christmas - Phuket, Thailand. When I went to serve in Korea, the Lord brought to pass everything else that I had dreamed about and worked and prayed for.

When it comes to God, timing is everything! We live in a microwave society where we want everything here and now, but it doesn’t work that way with God! He has a scheduled appointment with you and you will never walk out of it dissatisfied. You have to believe that God will come through for you and claim all His promises. I’m not trying to say that God will just give us everything we want. Nor am I trying to say that He’ll always answer prayers with miraculous or obvious signs. God works differently with everyone, and the method He used to teach me might not work in someone else’s situation. I am saying, however, that no matter what, God will prove Himself to you if you allow Him to! He knows best. Don’t ever believe it when the devil whispers to you that God will not come through for you, or that He has forgotten you. I always refer to Isaiah 49:15-16 when I am tempted to doubt in God’s providence. It says, “Can a mother forget the baby at her breast and have no compassion on the child she has borne? Though she may forget, I will not forget you! See, I have engraved you on the palms of My hands; your walls are ever before Me.”*

Do you see how important you are to God? Don’t forget it, because He has not forgotten you!

Citrina Warren is originally from the United States. She served as an English-Religion Teacher at the SDA Language School (SDALS) in South Korea from March of 2011 through April of 2012. She then served in the Human Resources office of SDALS through September of 2012. Citrina has a passion for traveling and her biggest desire is to spread the word of God through her travels. She is excited to see where God will lead her next!