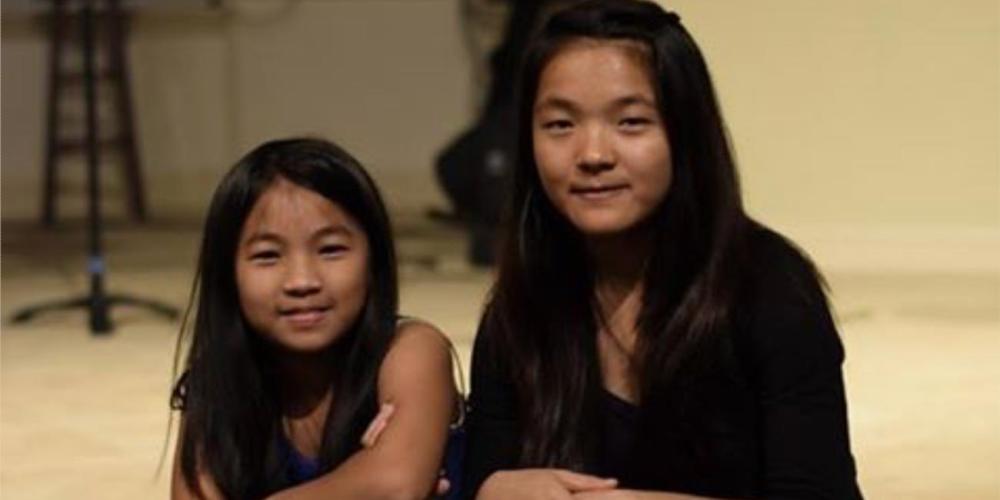 Seventeen-year-old Niang is a refugee. She and her family fled religious persecution in Myanmar when she was a child.

“We knew our journey to the border of Myanmar would be dangerous,” Niang says, “because the government didn’t want anyone to leave. We made it to a boat and were just about to cross the river into Thailand when we were caught by soldiers. With their guns pointed, they ordered my mom and the other adults to get off the boat, but for some reason they let me and my siblings go.”

Niang eventually settled in Clarkston, Georgia, a city just out-side Atlanta. It’s home to thousands of refugees from around the world and has been referred to by Time magazine as the most diversified square mile in the United States.

Niang was grateful to come to the United States, but she soon found herself being bullied at school for her beliefs. She came home crying every day, and her grades suffered. She prayed every night for God to make it possible for her to attend an Adventist school.

It was about this time that Kelli Czaykowsky, an Adventist living in Atlanta, discovered the plight of Clarkston’s refugees. “The children shared their stories of fleeing for their lives, being separated from their families, watching their homes being burned, and trying to survive in the wild. I couldn’t sleep for three nights.

“I saw the kids living in gang- and drug-riddled neighborhoods. They slept on the floors of run-down apartments infested with rats and roaches. The burden on my heart was so great, I had to do something.

“‘God,’ I prayed, ‘I’m only one person, but if you open the doors for me to make a difference, I’ll walk through them.’”

Kelli founded a nonprofit organization called FREE, which stands for Friends of Refugees Providing Education and Empowerment. Through FREE, Kelli and a group of volunteers pro-vide refugees with resources to become self-sufficient, thriving members of the community. They share basic necessities and used clothing, furniture, and mattresses. They provide in-home English as a Second Language classes for adults and one-on-one tutoring for students. They offer assistance with filling out forms, job searches, and training. They take refugees to medical and legal appointments, paint and repair apartments, and clean up neighborhoods.

Kelli helped Niang and dozens of other refugee children get scholarships to attend an Adventist school to prepare for a life of service and self-sufficiency. Niang is currently attending Atlanta Adventist Academy where she has earned a 4.0 grade point average. “I’m so thankful that God answered my prayers,” Niang says.

“When I see these kids succeed after being brought up in really tough situations, it makes me feel amazing,” Kelli says. “This is God at work. I’m just a little part of His plan.”

Volunteer Allen Clark helps Kelli make lunches for the refugee children who attend the local Adventist school. For many of the students, this is the only meal they get each day other than a bowl of rice at night. “I get so many hugs when I deliver the lunches,” Allen says. “Sometimes the kids get so rambunctious they nearly knock me off my feet, but their pure joy and warm hugs are just indescribable.” Niang spends a lot of her free time welcoming and empowering fellow refugees in Clarkston. “Don’t be afraid to go out and befriend a refugee,” she says. “I’m pretty sure they’ll be happy to have you in their life and, you never know, they might change your life too!”