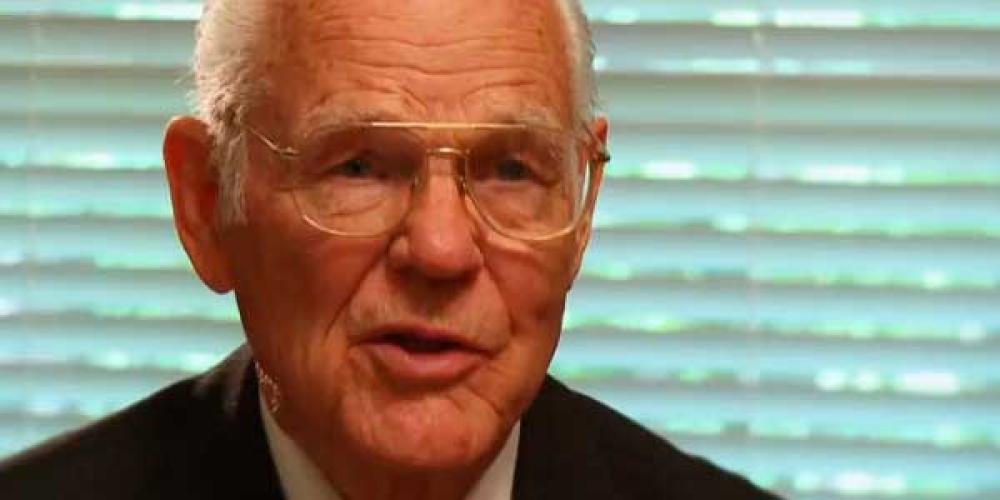 Charles Taylor, one of the earlier organizers of Global Mission, dies at 92-years old in Tennessee.

In the late 1980s, while Taylor was serving as assistant to General Conference president Neal C. Wilson, the two conceived of a global strategy that would focus the church’s attention on the least-reached areas of the world. That Global Strategy document was presented to delegates from around the world at the 1990 General Conference Session in Indianapolis, Indiana, whose vote to accept the document resulted in establishing the Office of Global Mission.

Current General Conference President Ted Wilson, the son of past president Neal C. Wilson, says “Dr. Charles Taylor was a wonderful Seventh-day Adventist educator who became the director of the General Conference Department of Education and then greatly assisted the world church in its proactive mission objectives by engaging in extensive mission research.”

“Charles was a tremendous inspiration to those who were crafting the objectives, structure and vision of Global Mission,” adds Mike Ryan, former director of Global Mission and current General Conference vice president. “His quiet smile was an introduction to a man who passionately believed the church needed to push the frontier of mission to dynamically change the presence of the church in the most unentered areas of the world. Adventist mission has and will place Dr. Taylor's contribution to mission before the church.”

"I respected Charles greatly,” says Gary Krause, director of Adventist Mission/Global Mission.  “Although much older and wiser than me, he insisted on my calling him Charles—not Dr. Taylor. He was a gracious Christian, with a heart for mission. He didn't believe in short-cuts and knew the importance of hard data, not just opinions. He had a large vision that helped shape the church's thinking about mission to people groups, not just to geographical locations."

“The child of a missionary and a former missionary himself, Taylor had a passion for mission and enduring love for the people and countries of the world,” says Rick Kajiura, communication director for the office of Adventist Mission. While serving as assistant director for communication at the world headquarters, Kajiura often consulted with Taylor in the early years of Global Mission. “He was a patient teacher with a broad knowledge of the people, countries, and cultures of the world. I remember many times when I was in his office while he shared his knowledge of geopolitical and church history.”

At the last General Conference Session in Atlanta, Charles Taylor and Neal C. Wilson were interviewed for a video looking back at 20 years since Global Mission was established.  (See video above)

“The world church is grateful for the marvelous work done by Dr. Taylor in helping to further the Advent movement through careful mission planning especially in areas with little or no Seventh-day Adventist presence,” Wilson adds.  “Only in heaven will we learn of the extent of Dr. Taylor’s efforts and the results in a greatly expanded mission outreach.  Soon we will see the Lord’s second coming and we will see Dr. Taylor, too!  What a day that will be—the purpose of Dr. Taylor’s  work.”