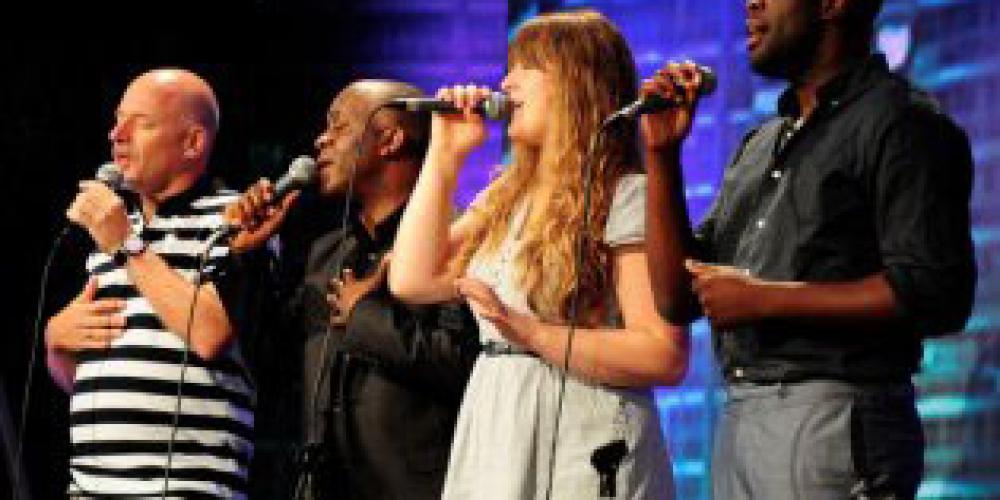 At European Pastor’s Conference, a call for relevant community ministry

Seventh-day Adventist pastors in Europe say a renewed emphasis on relevant, relational outreach will connect with communities there.

Seventh-day Adventist pastors in Europe say a renewed emphasis on relevant, relational outreach will connect with communities there, despite the region’s growing secularism.

The enthusiasm for simple, creative approaches to evangelism came during the European Pastors Conference last week in Rogaska Slatina, Slovenia. Sponsored by the Adventist Church’s Trans-European Division, the conference is held every five years and highlights spiritual growth, continuing education and fellowship.

Some 1,200 pastors, their spouses and lay workers rallied around the theme, “Making God Known in Europe” during four days of lectures, workshops and worship. Thousands more followed the conference via livestream and social media.

In his keynote address, Trans-European Division President Bertil Wiklander told attendees that while many Europeans deny their need for God, such a lifestyle is ultimately “dysfunctional.”

“To make God known in Europe is our great challenge and calling,” he said.

Other presenters urged pastors not to confine their ministry to the pews. Dennis Meier, a pastor from Hamburg, Germany, referenced metaphors from Matthew 5 in his presentation. “As Adventists, we tend to be more comfortable with the metaphor of the light on the hill than the salt of the Earth,” Meier said.

“With our established buildings and our structured worship times there is a danger of us becoming isolated,” he added.

When pastors minister outside church walls, they need to be aware that their efforts and motivation will likely face scrutiny, said Adventist world church Vice President Lowell Cooper.

“A trustworthy God will never be made known by untrustworthy people,” Cooper said in a presentation that highlighted the significance of humility, integrity, respect and accountability in pastoral ministry.

“I grew up in Europe, so I am aware of some of the challenges they are facing with postmodern, post-Christian people,” Morris said.

“[Stele] talked about how the New Testament uses more than forty words to describe sharing the good news about Jesus and mentions fifteen different places, such as the market place, cafe, temple, by the river, someone’s house. So the message is to share Jesus in every way and in every place,” he said.

Secular Europe is not unlike the environment the Apostle Paul faced ministering to Greco-Roman culture in the 1st Century, said Adventist recording artist and Pastor Wintley Phipps.

“I think Paul left us a theological heritage that we have lost sight of – that revealing Christ to the world around us, in us, is the true purpose of the church,” Phipps said.

Veteran Adventist evangelist Mark Finley challenged church members not to let fear of failure hinder efforts to share Jesus. “I’d rather try and do something great for God and fail, than do nothing for God and succeed,” he said.

Later, in Hungary, Adventists launched a health club and Bible university to respond to basic physical and spiritual needs. Leaders in the country also hosted “Jesus7,” an outreach series broadcast on television nationwide that they say offered lasting answers amid financial instability in the country.

Now, pastors in the region are calling for increased support for more such innovative approaches to evangelism.

“Those who try new methods need confidence and trust and a platform where they can share their experiences,” said Janos Kovacs-Biro, Trans-European Division Ministerial Association director.

“We need a lot of encouragement from church leadership,” Kovacs-Biro said, adding that health, the Sabbath rest and social justice issues such as human trafficking and domestic violence can be effective ways of connecting with a secular audience.

Training seminars for pastors to learn these new methods of outreach and service should be among church administrators’ top priorities, he said.