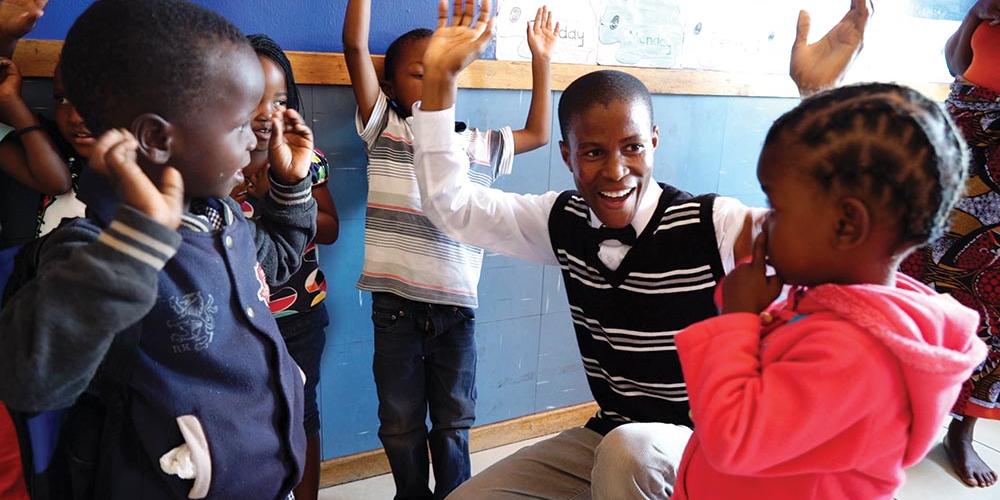 Gary Roberts has picked up the torch to continue his father’s work as a mission pilot in Indonesia.

Watch Mission Spotlight®—the next best thing to being there! Thousands of Adventists are watching short mission stories on video every week. To see what the excitement is all about, click here. Enjoy!

On April 9, 2014, tragedy struck Papua, Indonesia. What was a routine takeoff turned into a day of deep sadness. It took fewer than 30 seconds to devastate Adventist Aviation-Indonesia (AAI) and the hearts of those who loved Captain Bob Roberts. He will be missed by many.

Since Bob’s death, his son Gary has picked up the torch to continue his father’s work as a mission pilot in Indonesia.

Gary and his brother, Eric, also a mission pilot in Indonesia, recently spoke with Mission 360° about their father’s legacy, the ministry of AAI, and Gary’s decision to follow in his father’s shoes.

“It’s difficult and rewarding at the same time to come serve where your father has dedicated a large portion of his life,” says Gary. “My wife, Wendy, and I had to see definite direction from God that this is where He wanted us because we were leading several mission projects in Africa that we didn’t feel right about leaving. We spent a lot of time in prayer, asking God to really open the doors for us to show us His will, and He did.”

Eric was instrumental in keeping the Adventist Aviation program going after his father’s death. When he learned that Gary was coming to work, he happily welcomed him to Indonesia.

“Gary had flown here a few times with Dad through the years, so he knew what he was getting into. It’s been a real blessing having him here.”

Hartley Sakul is the aviation base manager. “We’re honored to have Gary as a pilot,” he says. “We dreamed of finding another dedicated pilot like Bob. He was an amazing man. He was a hard worker, and when he went into the bush, he helped everybody. I thank God that Gary chose to join us in Indonesia to replace his daddy. I know he’s a hard worker too.”

Papua is a mountainous country with thousands of remote villages. There are few roads, and it’s impossible to navigate most rivers. “Adventist Aviation is the only way to reach thousands of people here,” says Gary. “This ministry is crucial to Adventist mission.”

Bob served as an AAI pilot for more than 20 years, transporting sick or injured passengers to medical facilities and delivering food, medicine, and other supplies.

He began his mission service in 1976 when he and his wife, Jan, and two-week-old Eric left the United States to serve in Ethiopia. Over the years the family would serve in several countries and grow with the addition of son Gary and daughter, Stephanie.

Like Dick Hall, the missionary who inspired Bob to become a mission pilot, Bob built many churches for new groups of Seventh-day Adventist believers.

“I can’t remember exactly how many churches Dad has been directly responsible for building in Papua,” says Eric, “but a lot of them were built hauling loads on Sunday when everybody else was off. Dad juggled a lot of responsibilities. He kept the business side of things running as well as the mission side.”

Being a mission pilot in Papua is demanding, dangerous work. But Gary says the benefits far outweigh the challenges. “I could tell stories till the day is gone about the challenges,” he says, “but they create opportunities for God to work in amazing ways.

“So often I meet people who say, ‘Well, that’s great that you’re a missionary, but I haven’t been called to be one.’ I think everybody’s been called to be a missionary. We’ve been given the mandate to go into all the world. That’s our neighbors across the street, the people who live next door, and the people living in remote villages. You wonder how they’re all going to hear about Jesus? It’s going to be through the influence of an operation like this where you go in and meet people’s needs and then share the gospel with them. There are tremendous rewards for anybody who’s willing to trust God and to let Him be in control and do what He’s asked us to do.”

Watch Mission Spotlight®—the next best thing to being there! Thousands of Adventists are watching short mission stories on video every week. To see what the excitement is all about, click here. Enjoy!