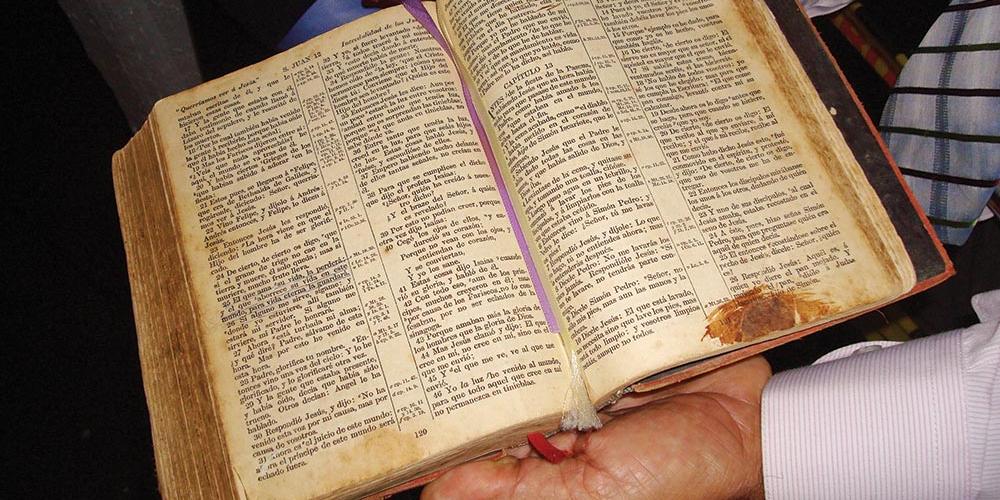 “Who are these people who dare not to belong to the only acceptable church in our country?”

Josué Prada was almost two years old when his parents opened their home to their Colombian community and started a small Seventh-day Adventist church. Soon 15 people were crowding into their small living room each Sabbath to fellowship and worship Jesus.

One day, a town leader learned about this small group of believers. “Who are these people who dare not to belong to the only acceptable church in our country?” he stormed. Determined to stop the Sabbath keepers, he hired mercenaries to kill them when they met again to worship.

The assassins made their way to the Prada home early one Sabbath morning, unaware that most of the members weren’t there. It was Josué’s second birthday, and his parents had decided to have church at a local park.

While the Prada family was getting ready, the assassins burst into their living room, where Josué’s father stood holding his Bible. With a single shot, the man collapsed, and as he did, his Bible fell open next to him to a page that had an underlined text: “The man who loves his life will lose it, while the man who hates his life in this world will keep it for eternal life” (John 12:25, NIV).

Josué’s mother, who was in the bedroom with Josué and his younger brother, heard what was happening and quickly ran to the window and called her neighbor. She passed her children into the woman’s waiting arms and then ran to the assassins to plead for her life. But they showed the young mother no mercy.

The neighbor fled with the children with the assassins in hot pursuit. They were determined to exterminate the entire Prada family, but their search for their victims proved futile.

Josué and his brother were raised by relatives who didn’t know God, but they grew up knowing the tragic story of their father and mother. Eventually, Josué’s brother became a member of the church that had meant everything to his parents.

Josué had never committed his life to Jesus, but one day he decided that it was time to learn more about his parents’ faith. The Spanish telecast of It Is Written, Escrito Está, became his favorite show, and when he learned that the program would be holding revival meetings in Colombia, he decided that he would attend and be baptized.

As Josué entered the baptismal waters that Sabbath, the bloodstained Bible was lifted for the congregation to see, and the underlined text was read as a testimony of the sacrifice of Josué’s parents.

God never forgot the small, orphaned Josué. Nor did he forget the prayers that his parents made on his behalf 73 years before. He guided Josué and his brother into the knowledge of Jesus and His truth.

But the story doesn’t end there. After Josué’s baptism, a stranger approached him and said, “I am the son of the man who ordered your parents to be killed. My father deeply regretted the evil he had done, and now my family also belongs to the Seventh-day Adventist Church.”

The two men embraced and vowed to win every one of their family members for Christ. Today, some 100 relatives have given their hearts to Jesus and joined the Seventh-day Adventist Church. And the initial group of 15 Adventists meeting in Josué’s parents’ home has blossomed into a church community that is 20,000 strong.

Nancy and Robert Costa live in Laurel, Maryland, United States. Nancy is the associate trust services officer for It Is Written television in the North American Division. Robert is the General Conference ministerial associate responsible for evangelism and church growth for the world church and is the speaker-director for Escrito Está, the Spanish telecast of It Is Written.