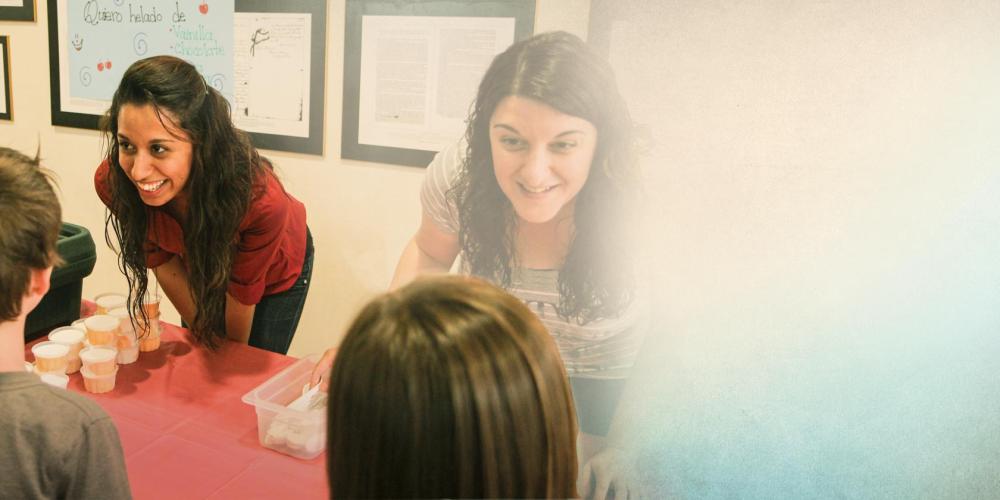 I’ll miss the children’s eagerness to learn Spanish, but I’ll leave satisfied that I’ve done my best to share Jesus with them and enrich their lives.

This past year I’ve had the privilege of serving as a volunteer Spanish teacher at Rogers Adventist School in Walla Walla, Washington. From start to finish, God has guided my journey, and it’s been an unforgettable experience!

I was very apprehensive the first few mornings when I walked into the classroom. Everything was new—the challenges, the place, the people, even the language, which I wish I spoke better. But God gave me the tools to meet these challenges and to be successful.

If you’ve ever tried to learn a new language, you may identify with feeling nervous about mispronouncing words or not being able to understand what people are saying. Perhaps that’s how Jackson felt. One thing was certain: he did not want to participate. “I don’t want Spanish,” he announced loudly as I entered the room.

I decided to try to help Jackson as much as I could. Sometimes I sat by his desk, repeating the Spanish phrases over and over with him. Little by little he began to understand the assignments, and as his knowledge grew, so did his enthusiasm.

One day, to my surprise, Jackson raised his hand when I asked the students a question. He was still a bit shy, but he was sure of his answer. He even started to correct his classmates when they said something wrong! By the end of the school year, Jackson was fluidly translating English phrases into Spanish, and his progress gave me joy.

Sahara is another student of whom I’m very proud. Like her classmates, she was initially unfamiliar with Spanish. She had tried to learn the language before but had found it difficult. Now she arrived home singing and talking about her Spanish classes. Her mom told me that she was happy to see her daughter excited about learning Spanish. Sahara’s positive attitude and desire to learn have greatly encouraged me as a teacher.

Melody and Ethan are siblings who arrived during the school year, so they had to adapt to a completely different environment. Fortunately, our school offered something that would help them to adapt—Spanish! Their mom speaks Spanish so she had taught them some at home. She shared with me that her children had felt ashamed to show that they understood Spanish at their previous school and that she was so glad that we taught it at Rogers. I didn’t understand why the children felt ashamed because I believe that having multi-language skills is a real asset in today’s diverse world. But I was pleased to see that Melody and Ethan were happier, confidently speaking Spanish without fear or shame.

One of my biggest challenges was teaching the junior high students, because they didn’t want to learn Spanish. In previous years, parents had volunteered to teach Spanish and the class was optional for students. But now, it was part of the curriculum.

I did my best to create an interactive class and make learning fun. Some of my students appreciated my efforts and learned a lot, while others chose to learn less. But all of them helped me learn a few lessons of my own:

My volunteer experience made a deep impact on my life. I’ve met spectacular teachers, wonderful people who treated me like family, and students who made me smile each day. I’ll miss the children’s eagerness to learn Spanish, but I’ll leave satisfied that I’ve done my best to share Jesus with them and enrich their lives.

Karen Raquel Guerra Espinoza lives in Costa Rica, where she is completing her education major at Central America Adventist University.