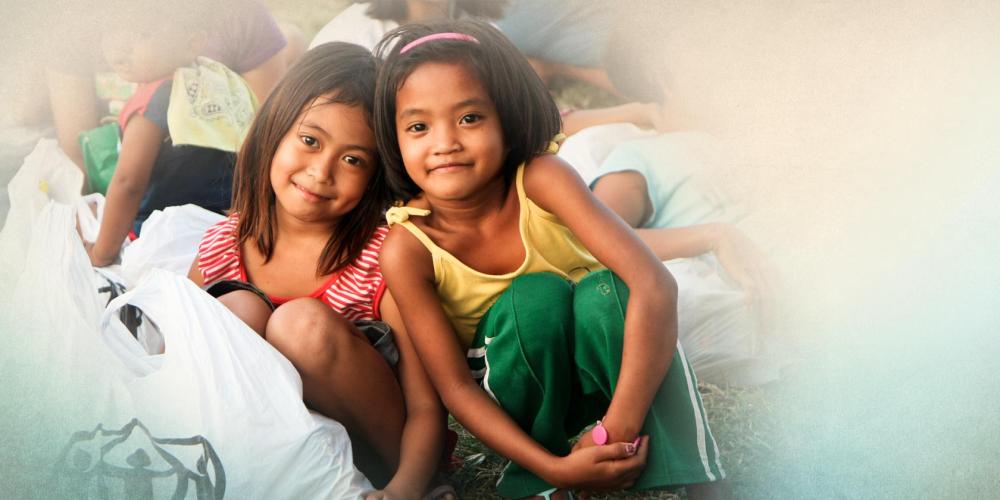 On the Heels of Typhoon Haiyan

In the first week of November 2013, the Philippines sat directly in the path of one of the most brutal typhoons ever to hit the archipelago. City officials knew Typhoon Haiyan was a severe storm, but many vulnerable Filipinos underestimated its impending devastation.

One such family was Juan and Amalia Bayot and their daughter, Joy, who live on Iloilo Island. Farmers by profession, they weather some 20 storms every year, and they didn’t think Haiyan would be any different. Doing what they could to protect their property, they hunkered down to wait out the typhoon.

But hours before Haiyan finally hit, they heard a loud banging on their door. Outside stood a city official.

“He told us that if we stayed in our house, it could fall down on us and badly injure or kill us,” said Amalia. “He insisted that we leave right away.”

As the morning of November 8 dawned on the Philippines, Haiyan had already begun its massive devastation. Storm surge and rain flooded streets and homes, and cars were blown away by the wind. More than 4 million people were displaced, and 1.1 million had damaged or destroyed homes. Dead bodies lined the streets of major cities.

“When we returned to our house, there was nothing left,” said Amalia with tears welling up in her eyes. “We have no home, we have no food. I don’t know how we will start over.”

Meanwhile, workers and volunteers at the Adventist Development and Relief Agency (ADRA) International office in Maryland, U.S.A., were sending and receiving a flurry of email updates on the status of the cyclone. The United States military’s Joint Typhoon Warning Center in Hawaii recorded that the typhoon had sustained winds of 194 miles per hour and gusts of 236 miles per hour, equivalent to a category 5 hurricane. Forecasters also reported a storm surge of about 23 feet.

Among those responding was Denison Grellmann, former senior program manager at ADRA International and the new ADRA Philippines country director.Assigned to help the ADRA Philippines team, he prepared for the 30-hour trip to Manila.

“The ADRA Philippines workers had already been out in the field and seen the damage by the time I arrived,” Denison said. “Together with Adventist Community Services volunteers, we conducted rapid assessments to find out what people needed most—food, water, and shelter—and then immediately started meeting those needs.”

Denison was startled by the degree of destruction caused by Haiyan. “We’re seeing a greater frequency and intensity of disasters,” he said, “and we know this will increase as time goes on. More and more people will be affected, and it’s our responsibility as a church to make sure we minimize suffering.”

The kind of work that Denison does through ADRA touches people all over the world during their most difficult times. “ADRA and the church as a whole need to be the first responders,” Denison said. “We help people because it’s the right thing to do.”

ADRA is committed to helping the victims of Haiyan rebuild their lives. “Even after many organizations have left the Philippines, ADRA will continue our work there,” said Jonathan Duffy, president of ADRA International. “Our country office has been there for 30 years and will keep helping victims by assisting with building shelters, food for work programs, and clean water distribution. We’re also identifying people who have lost their livelihoods so that we can help them have the necessary materials to continue their businesses.”

Denison believes that when people are hurting, they really want to know that someone cares. “Actions speak louder than words,” he said, “and when people see that we truly care about helping them rebuild their lives, they will see a reflection of God in our service.”

Mission to the Cities is the church's initiative to reach out to the world's largest cities. A vital part of that initiative is establishing Life Hope Centers, wholistic ministry centers that put Christ’s method of ministry into practice. Your Global Mission donations help support Life Hope Centers. To learn more about their ministry or to support their work, please visit MissionToTheCities.org.

The Adventist Development and Relief Agency (ADRA) is the global humanitarian organization of the Seventh-day Adventist Church. ADRA represents the unconditional love of Jesus through a broad spectrum of development and emergency relief programs in more than 120 countries around the world. Your mission offerings help support ADRA. To learn more, please visit www.adra.org.

Natalia Lopez-Thismon is a communications specialist at ADRA international in Silver Spring, Maryland.