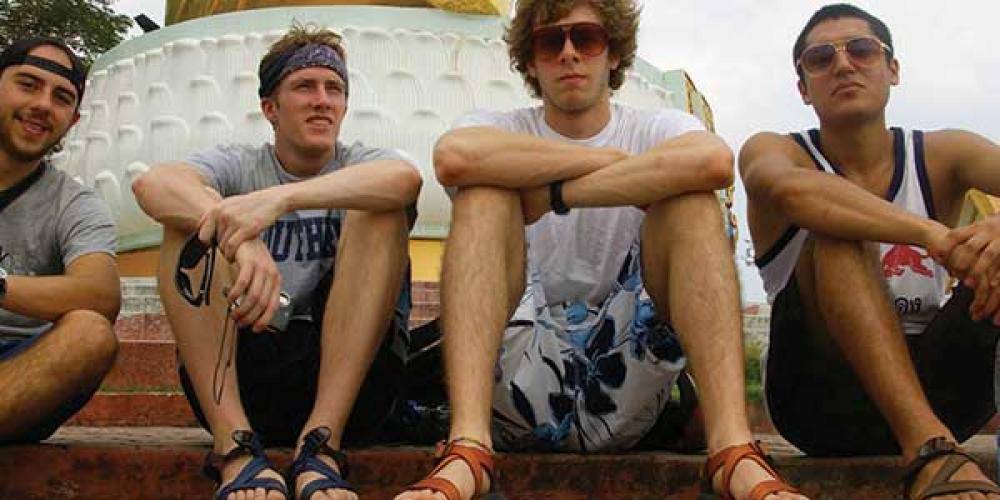 Memoirs of a Student Missionary

If you keep your eyes on the goal, which is to serve others wherever you are, you will know for certain that you have left a positive impact on the world around you.

Five years ago, I decided to take a semester away from college to be a student missionary. I wanted to get away from the daily routine of school and do something different. I was majoring in education, but I wasn’t sure whether I wanted to be a teacher for the rest of my life.p

So I took a break and accepted an opportunity to serve as a student missionary in Bangkok, Thailand. They needed English teachers, but they also needed documentary filmmakers. Who knew that a filmmaker could be a missionary!

When I arrived in Bangkok, I could not believe how busy the city was. Day and night there was constant noise and bustling traffic. The heat and humidity were unbearable.

I shared an apartment with other student missionaries in the heart of a concrete jungle. Sometimes weeks would go by before I noticed a patch of grass or a cluster of trees. I was surprised that Internet speeds in Bangkok were so much faster than I had back at college. I discovered the amazing fruit smoothies made by street vendors and learned to love and appreciate Thai food.

To be honest, I didn’t really suffer from homesickness. It probably helped that I was in Bangkok from January to July, so I wasn’t away from home at Christmas. I missed Mexican food, sandwiches, and bread of any kind.  I also missed cold weather, but that is because we were sweating nonstop in Thailand!  I started to miss my friends and family just before I returned home, so everything worked out fine.

I made friends with several families on our street. We started Bible studies and spent a lot of time hanging out together. It was during this time that I realized that being a missionary isn’t about where you are. It is about people and relationships. It’s about showing love to others.

Student missionaries have different experiences when they choose to serve in another country.  Some can be good, and some not so good. But if you keep your eyes on the goal, which is to serve others wherever you are, you will know for certain that you have left a positive impact on the world around you.

When I was at the crossroads of my life in Thailand, I found what I was searching for. Instead of becoming a teacher, I became a journalism and communication major. And now that I am back in the United States, I miss the people I met in Thailand.

Would I recommend that you consider becoming a student missionary?  Absolutely! And who knows, you might just find what you are meant to do with your life.

Brandan Roberts is a video editor and producer for the communication department of the Seventh-day Adventist world headquarters.