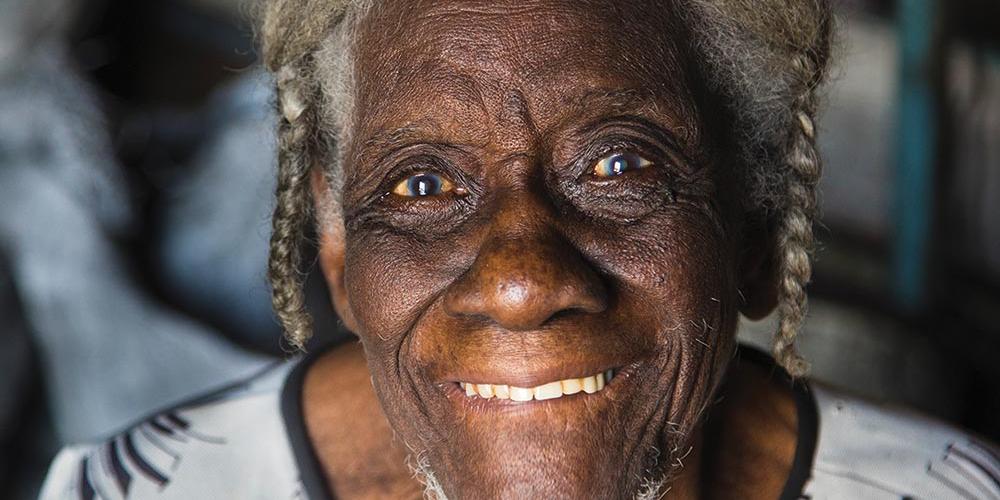 The East Jamaica Conference purchased an old building, and the members fixed it up and called it the Good Samaritan Inn.

Meet Joyce, a 90-year-old woman who lives in Kingston, Jamaica, in a broken-down shack with a caved-in roof. Frail and poor, she never knew if or when she would have something to eat. Then Seventh-day Adventist Church members began bringing her food three times a week.

Joyce is only one of thousands of poverty-stricken people in Kingston who somehow manage to survive in spite of their meager access to the basic necessities of life.

Local church members began responding compassionately to their neighbors’ hunger by distributing sack lunches. But as they got to know them, they discovered that their needs were greater than they had ever imagined.

The Adventists wanted to do more. The East Jamaica Conference purchased an old building, and the members fixed it up and called it the Good Samaritan Inn.

Now in its eighth year, this urban center of influence serves hot lunches four times a week to more than 900 people.

“It is the one-stop center for destitute people, where they can get a hot meal, a bath, and a change of clothing,” says Pastor Adrian Cotterell of the Jamaica Union Conference.

In addition to its kitchen, shower, and laundry facilities, the inn offers haircuts, clothing, and educational assistance. It even provides an emergency refuge for women and children.

“Most of our clients are homeless people with a sense of hopelessness,” says Pastor Carl Cunningham, chairman of the Good Samaritan Inn management committee. “They sleep on sidewalks and have no belongings except for a little luggage that they carry around. The Good Samaritan Inn reaches out to the suffering and marginalized and offers them hope and assurance.”

The Good Samaritan Inn is open six days a week and draws hundreds of people each time. The staff always begins their ministry with a short worship. “We provide a wholistic ministry that reaches the physical, mental, social, and spiritual needs of the people in our community,” says inn manager Vermont Murray.

Lloyd used to be a heavy drinker, but since coming to the inn his life has been transformed. He no longer drinks and now works as a security guard at the inn. “What I like about the inn,” he says, “is that it isn’t just about a meal—it’s about the uplifting of people’s lives. I don’t know how we could exist without the Good Samaritan Inn.”

Nema and her mother first came to the inn when Nema was a teen. “Once you walk through the gates, you can leave your problems because in here it’s a new start,” Nema says. “It’s a place of worship and peace—a place to get help.”

Nema is now pursuing a bachelor of science in nursing. “I had to stop because I couldn’t afford the school fees, but the inn helped me get in school again. This place has become a home, a family, a rescue! I don’t think I would have progressed this far in education, or spiritually, if it wasn’t for the Good Samaritan Inn.”

Olivia is 11 years old, and she has been coming to the Good Samaritan Inn with her mother and sisters for seven years. She enjoys learning about God and was recently baptized. “If it wasn’t for God,” she says, “I wouldn’t be in school, or woken up this morning, or have a roof over my head.”

The Good Samaritan Inn received part of a Thirteenth Sabbath Offering this year to help build a health clinic that will provide the community with dental, maternal, and basic medical care. There are also plans to establish a training center that will equip people with skills so that they can provide for themselves.

Thank you so much for supporting the Good Samaritan Inn with your donations and prayers. Many people have been led to Jesus and baptized as a result of its ministry.