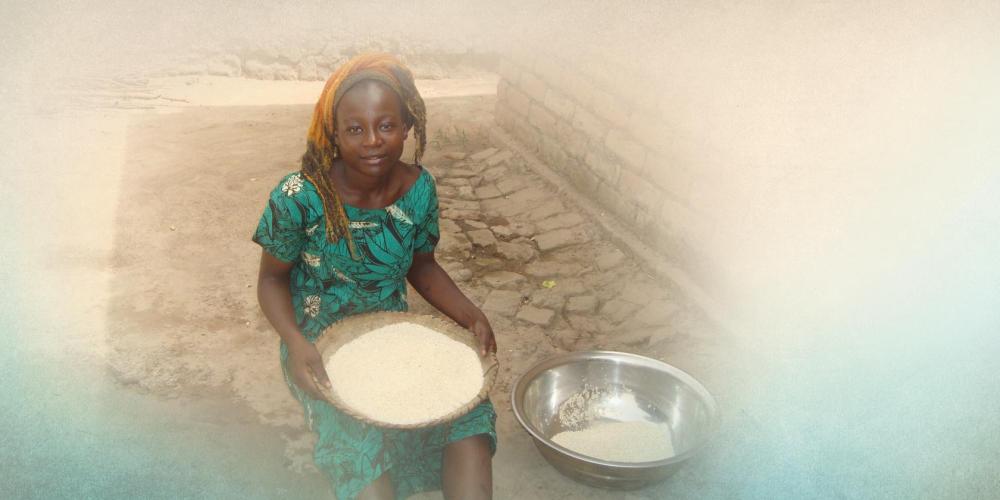 I don’t remember much from those days. But one thing I will never forget. In the midst of my suffering and doubting, God reached me with just one electrifying realization.

If a malaria-infected mosquito bites you, you’ll get malaria in about ten days. I had been in Chad for ten days when I got malaria.

I had just started my assignment as a volunteer chaplain at Bere Adventist Hospital when I was admitted as a patient to receive quinine treatments for a week. I was glad to get back to work.

Each day I gathered the hospital children together to tell them Bible stories. We sang worship songs in the local dialect, prayed, and ate mangoes. It was great! And each day I prayed that God wouldn’t let me get malaria again.

Seven days later, I started shivering and experiencing terrible body pain. I had malaria again! I was so confused—it had only been eight days since I had gotten over the last bout. The doctors told me it was probably a relapse, and I started quinine treatment again. I was devastated.

The effects of quinine are almost as bad as the illness itself. I was vomiting continuously and had to be put on IV quinine at the hospital. Then it was discovered that I had parasites, so I started treatment for that. Then I got a bad cold. It was a rough week.

After I recovered, I went back to telling Bible stories to the children and hanging out with the locals, laughing and cooking with them and learning their languages. I also had many plans, such as teaching English at the little Adventist school, giving Bible studies, doing presentations at church, and preaching. My health lasted for four very productive days. I’ll never forget them. Then I got malaria, again!

Quinine is the most aggressive treatment for malaria, but it wasn’t working. I started a new treatment, but it didn’t work either. Soon I received news that I’d be going on IV again. This third round of malaria was the worst. I was already very weak from the first two bouts and needed people to do everything for me.

I had been determined to stay in Chad, but now I wasn’t quite as stubborn. Crying from sheer frustration, I decided to return home to recuperate. In the meantime, I lay in my hospital bed and asked God, Why would You lead me all the way here just to let me get sick? Are You really that uncaring? Are You even there?

I don’t remember much from those days. But one thing I will never forget.  In the midst of my suffering and doubting, God reached me with just one electrifying realization.

This is how it happened. One night, I was lying in bed thinking, I left my country, friends, family, and comforts behind and what did I get in return? Pain, sickness, loneliness, frustration, uselessness, fear, and heat!

I was shocked. I had heard the story before. I had talked about it before. But I had never experienced it to this extent for myself.

I instantly felt ashamed for being so quick to doubt God’s care. I was overwhelmed by the presence of a loving God who gives peace, joy, and a sense of security in the worst of circumstances. More than anything else, I felt a deep appreciation for Jesus and His sacrifice. I thought, Wow! Jesus must really love me!

I understood that God had been intentional about teaching me a great lesson about His love. You see, I had been praying for Him to draw me closer to Jesus, to be able to appreciate His sacrifice and love, and to feel identified with Him. I wanted Jesus to mean more to me, but I didn’t know how to make that happen. Well, I couldn’t have changed myself. God changed me. And He did it in His timing and infinite wisdom. I don’t think God gave me malaria, but I am certain that He took the situation and turned it into a blessing.

My assignment in Chad lasted two months; malaria took over most of it.  Many people ask me if I think that it was worth it or if I would do it again. I don’t remember much of it. I didn’t get to do many amazing things. I don’t even know how many people I may have helped. But I do know one thing: Jesus loves me.  And I have experienced it for myself. And that is more than worth it.

Originally from Puerto Rico, Iriann Irizarry served as a chaplain at the Bere Adventist Hospital in Chad.