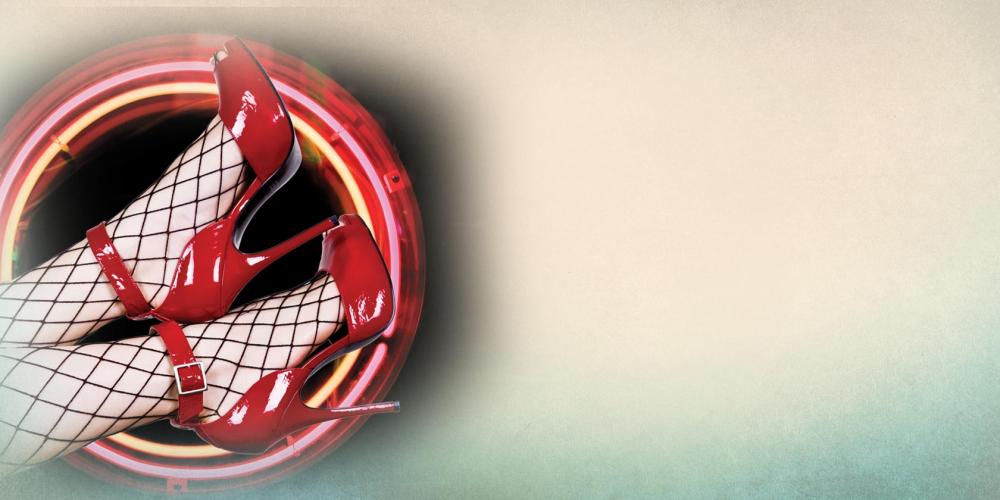 Lessons From a Prostitute

Her short skirt and tight-fitting top, accented by her flashy red lipstick and darkly lined eyes, made her stand out from the rest of the modestly dressed women in church.

Her short skirt and tight-fitting top, accented by her flashy red lipstick and darkly lined eyes, made her stand out from the rest of the modestly dressed women in church. I had only been in the mission field a few weeks, but I had observed that there was only one class of women who dressed this way. Who would have known that she had something to teach me!

My husband, Greg, and our two sons, Tyler and Ryan, had recently arrived in Southeast Asia. We had devoted our lives to soul winning and were excited that God had called us to be missionaries. What better place to get experience in soul winning than the mission field!

As I sat in my pew relishing in the fact that I was living the life most others only dream about, I had no idea that God was about to teach me my first mission-field lesson and that my teacher would be that high-heeled, scantily clad woman.

It was communion Sabbath. I was curious to see how it was done in this country, especially the footwashing part. Here in Asia, many things associated with feet are taboo, and I was anxious to see how the members reacted to it. Did they wash feet like we do in the West? Or would they pour water over the feet without touching them? Would everyone participate? Or would this activity weed out all but the most devoted members?

At the right time, we filed out of the sanctuary for the footwashing. I surveyed the crowd outside. Whose feet should I wash? Should I choose the grandma who greeted everyone warmly with her ear-to-ear smile? Should I choose my seamstress friend who was becoming more like a sister to me than just a friend? What about the pastor’s wife whose oldest daughter was just a newborn, only a few months younger than my baby? As I stood contemplating my options, I felt a timid tap on my shoulder. I turned around, and to my utter surprise, there stood the “prostitute.” Out of the whole crowd, she had chosen me.

Wonderful! I thought. Here’s a great opportunity to show everyone here what it means to humble one’s heart and serve the “least of these.”

In good new-missionary style, I insisted that I wash her feet first. After all, I figured, she needed me to be an example for her. I knelt down on the concrete floor, carefully laid the towel out on my lap, folded her fake-finger-nailed hands in mine, and prayed that God would bless her with His love and peace and that she would find His presence so satisfying that she would leave the loveless lifestyle I assumed she was living. Then I washed her feet.

I carefully scooped the water in my cupped hands and let the water trickle over her ankles and down her feet. Then I tenderly lifted one foot and then the other, scooping and drizzling the water with my free hand, letting it wash away any dust that may have collected as she walked to church. As I dried her feet, I was extra careful to gently dry between her toes and avoid the ticklish spots as best as I could. Satisfied that her feet were clean enough, I took the basin, refilled it with fresh water, and sat down.

What happened next humbled me in a way I have never experienced before. My “prostitute” friend knelt down in front of me on the concrete floor, prayed a prayer for me that I didn’t understand, and then proceeded to scrub my feet. She used her thumbnail to clean dirt from around and under my toenails and rubbed her fingers between my toes to get the dirt out, giving them a mini massage at the same time. She scrubbed the calluses on my heels with her fingernails until they were soft and then scratched away the dead skin I often miss around my ankles. She massaged my feet and calves and stretched my ankle muscles. Then she dried my feet. Not with light strokes, but with a firmness that was refreshing and energizing.

I sat in my chair, completely humbled. Before me sat someone whom I’d considered an undeserving “Mary Magdalene,” yet it was she who had shown true humility.

I wish I could say that we developed a wonderful friendship and that I mentored her into a leader for the church. But that didn’t happen. Before I had enough language skills to carry on a conversation, she stopped coming to church. I often wonder what happened to her. And I wish I knew her story. But what I do know is that God used her in a big way to humble a missionary who needed to be humbled before He could use me. It was a hard lesson for me to realize that I needed to learn before I could teach. It’s all too easy to make assumptions and draw wrong conclusions that actually hinder us from truly ministering to others.

Now, more than ten years later, I’m still learning. In fact, I’ve learned more than I’ve ever taught. But I’m better for it, and so are the people I came to minister to!

Amy and her husband, Greg, live in Thailand with their three children. Seasoned missionaries to Southeast Asia, they currently serve at the Global Mission Center for East Asian Religions, where they focus on providing resources and equipping the church in contextual and wholistic ministry among Buddhists, Taoists, Confucians, and Shintoists. Much of this material is available online at www.AdventistMission.org.