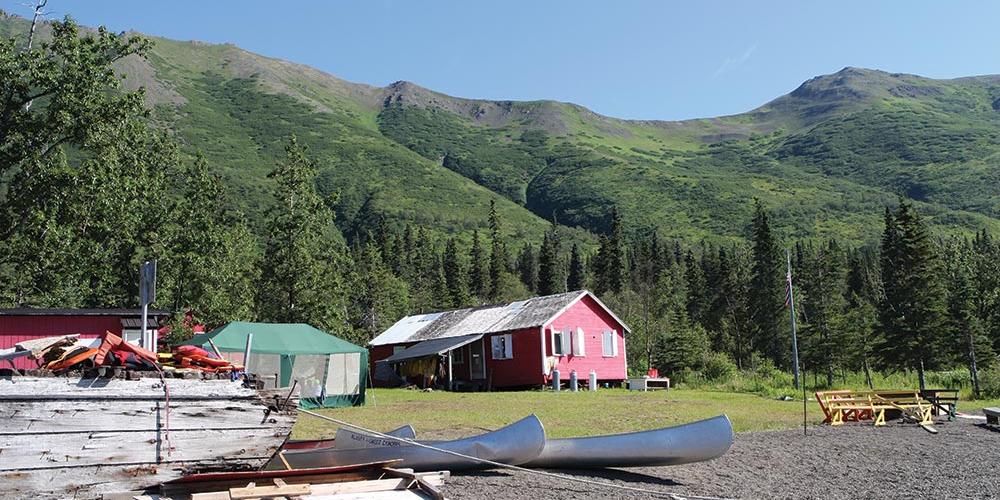 Angels on the Mountain

When I turned 9, I finally got to go to camp. I was so excited and absolutely loved being there! I went every year until I was too old for camp.

When I was 8 years old, I couldn’t go to junior camp because I was too young. Many people in Alaska call Camp Polaris “junior camp.”

I went there to drop off my older sister and cousin, and when I had to get back in the boat to leave, I started crying. I wanted so badly to stay at camp with all the other kids! They were having fun, they had a schedule, everybody seemed happy, and I wanted to be there, too!

When I turned 9, I finally got to go to camp. I was so excited and absolutely loved being there! I went every year until I was too old for camp. There were many fun and interesting experiences I had there, but one that I especially remember happened the summer I was 14 years old.

We were all in the cabin, and some of the boys wanted to tell ghost stories. It was around 12:30 in the morning, and
I told them that I just wanted to go to sleep, but they started telling ghost stories anyway. Our counselor was asleep, so he didn’t know what was going on.

After a while, things started getting really scary. One of my friends was sitting in the corner very quietly. After the last ghost story was told, he jumped up and ran to the other side of the cabin, where
I was. The only beam of light that was showing through the door was shining right by my bunk bed, and he wanted to be there beside me. “Chad,” he said, “I don’t know what happened, but I’m really scared—something happened to me.”

In the bright moonlight we could see the lake and the huge mountains all around us. As I looked up at those tall mountains, I remembered the Bible story about when Elisha’s servant was so afraid because they were surrounded by their enemies. Elisha prayed that God would open the eyes of his servant, and God answered his prayer. Suddenly the man saw angels in fiery chariots all around them.

Remembering that story, I suddenly blurted out to my friends, “You guys, look! Look at the tops of the mountains! All the angels are on this mountain!” You could just see my friends calming down. We went back into the cabin and fell asleep.

Camp Polaris is really old and worn down now, but I know that people are trying hard to get money to build the camp back up again. God has used that place to help so many people who live here, and people from all over Alaska have heard about what a wonderful place it is. I believe that if we keep building it up, making it an even better place, God will keep using it to change people’s lives for the better, like mine.

We are so happy that Camp Polaris was chosen to receive part of the Thirteenth Sabbath Offering this year. Even though the children love coming to camp now, I know that they will be even happier to have mattresses to sleep on and have real toilets and showers.

Chad Angasan with Gina Wahlen. Chad Angasan, a native Inuit/Aleut, is a Global Mission pioneer pastoring in the village of Togiak, Alaska. Gina Wahlen serves as the editor of the Mission magazines for the Office of Adventist Mission at the Seventh-day Adventist Church world headquarters.