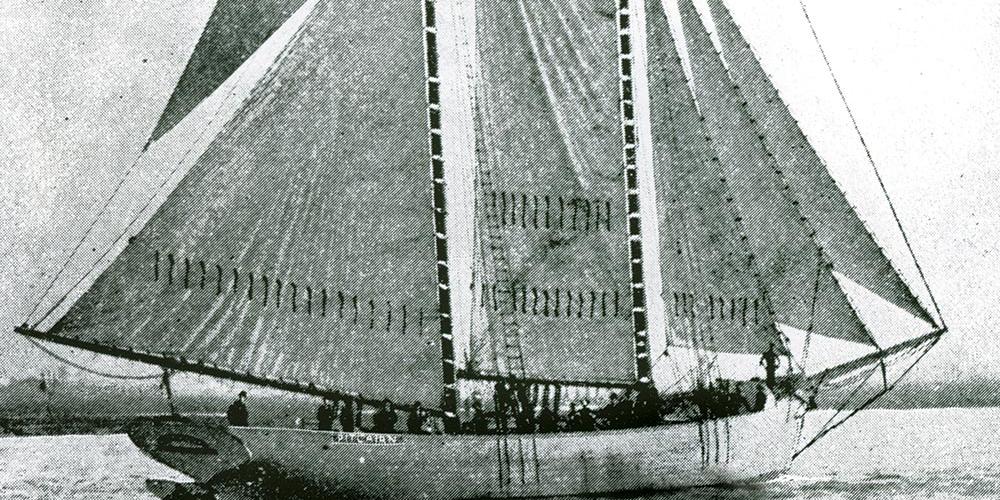 Over the past century, every area of the world church has benefited from the generosity of members around the world giving to help their brothers and sisters in mission.

Four ways to give:

What is one thing that we’ve been doing as Seventh-day Adventists, no matter where we are, for more than 100 years, that brings us together as a church family?

Through this “one thing,” thousands of good things have happened—boats have been launched, people have been healed, souls have been saved, schools have been built, and lives have been changed.

Following the Pitcairn project, Sabbath School mission offerings continued to increase. On January 6, 1912, Sabbath School members were introduced to “a new plan” through a small eight-page pamphlet that would later become known as the Sabbath School Mission Quarterly.

On the cover page, it read, “Our Sabbath-school offerings have increased so splendidly that it is thought we may now have a special object for which we may set apart the gifts of one Sabbath in each quarter. The General Conference Committee has voted to allow us to select the last Sabbath in each quarter as a day when we may donate to a special object.”

Over the past century, every area of the world church has benefited from the generosity of members around the world giving to help their brothers and sisters in mission.

Schools and universities, hospitals and clinics, orphanages, printing presses, better living centers, churches and chapels, dormitories and evangelistic training centers, libraries and media centers, youth campgrounds, and Bible lesson materials in local languages—all have been made possible through the generosity of those who gave to the Thirteenth Sabbath Offering.

This special offering really pulls us together as a world church—it’s a specific way in which we help each other—and learn from each other!

A year or so ago I was in South Korea, where I met a woman by the name of Mrs. Shin. Mrs. Shin had a unique sense of mission. When her teenage daughter decided that she no longer wanted to go to church because there weren’t any young people her age, Mrs. Shin came up with an idea. She baked hundreds of fresh Korean pancakes every day and set up shop right across from the local high school! As the students came to buy the popular pancakes, Mrs. Shin befriended them and invited them to her home where she served them a meal and taught them Bible songs and stories. Eventually an entire church was planted!

About one year after meeting Mrs. Shin in South Korea, I was in Papua New Guinea (PNG) collecting mission stories. And while in PNG, can you imagine how amazed I was to see Mrs. Shin! Well, it was a poster of Mrs. Shin—making her pancakes. The poster was promoting the Thirteenth Sabbath Offering which would help to provide a building for the church planted by pancakes!

Although I was visiting a little church plant located—literally—in a garbage dump community where the members have next to nothing, the people there were giving to help some kids in their mission in South Korea!

That’s powerful. That’s togetherness. That’s the Thirteenth Sabbath Offering. This special mission offering has been uniting the church through giving for more than 100 years.

I want to encourage you, if you haven’t already done so, to harness the power of mission—and specifically of the Thirteenth Sabbath Offering. Be sure that the churches and institutions in your area are receiving the Mission quarterly and the Mission Spotlight DVDs from the General Conference’s Office of Adventist Mission. These resources are filled with inspiring stories of how God is working through people to accomplish His mission and bringing His church together around the world.

In addition to the hard copies, both the quarterlies and the DVDs are available for downloading from our Web site at AdventistMission.org. We also have mission apps available.

If you haven’t done so yet, I hope you’ll join us in this wonderful plan of togetherness—supporting our brothers and sisters around the world doing God’s mission—through the Thirteenth Sabbath Offering!

Four ways to give: