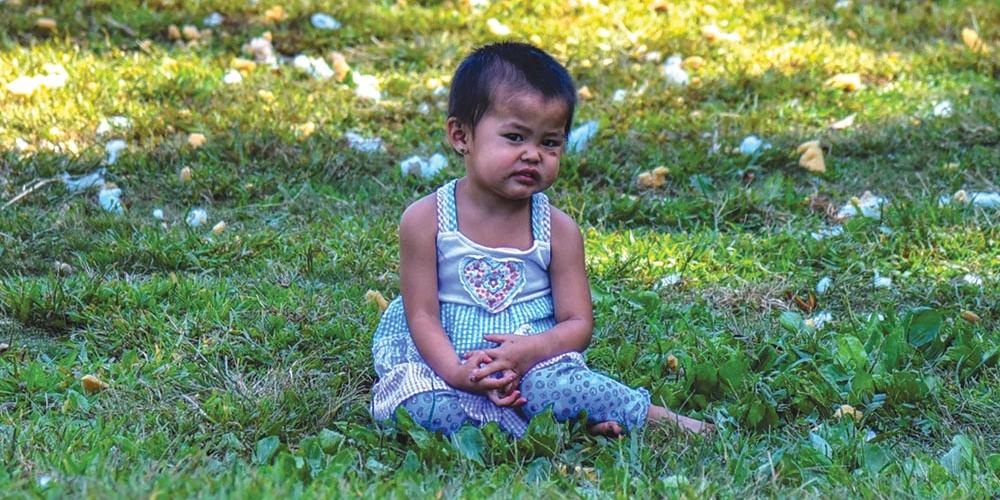 Reaching Out to Atlanta's Refugees

Imagine a place where 110 different languages are spoken by people living within just one square mile of land.

Centers of influence, as Ellen White called them, provide an opportunity for wholistic ministry following the example of Jesus. More than 300 centers have been established around the world, and many more are in the planning stages. Some centers are established by mission-driven entrepreneurs, while others are supported by your Global Mission donations. To learn more about centers of influence, please visit MissionToTheCities.org.

Imagine a place where 110 different languages are spoken by people living within just one square mile of land. That place is real and it has a name—Clarkston, Georgia!

Clarkston is located on the outskirts of Atlanta and is home to thousands of refugees who have been resettled from all over the world. It’s an area with huge needs and huge opportunities to make a difference. Among those helping to improve the refugees’ quality of life is Kelli Czaykowski.

Until 2010, Kelli had never heard of refugees living in the United States. An occupational therapist, wife, and mother, she was living a quiet suburban life. But all that changed one day when she attended a board meeting at the local Adventist school.

The regional superintendent told the board members that he had recently met Adventist refugee children in Clarkston. They had begged him, even holding his leg, asking him to please allow them to attend the Adventist school. He knew that their parents couldn’t afford the tuition and that their requests seemed impossible to fulfill. But he felt a burden on his heart for these children and the need to share their dilemma. His story weighed heavily on Kelli’s mind.

What Kelli and the other board members didn’t know was that these kids were praying! One of the girls, Naing, had fled Myanmar with her parents to escape religious persecution. Naing was grateful to come to the United States, but she soon found herself being bullied at school for her beliefs. She came home crying every day, and her grades suffered. She prayed every night for God to make it possible for her to attend an Adventist school.

The day after the board meeting, Kelli learned of a scholarship for low-income children. She and the principal and several teachers and other volunteers went to the apartment buildings where the refugees lived, and for two weeks they spent hours filling out applications for the children to attend their school. They filled out 40 applications, and 12 children were awarded scholarships.

Naing, unfortunately, didn’t receive a scholarship. But Kelli was so moved by her story that she set out to find her a sponsor. In the end, Naing’s prayers were answered, and she enrolled that year. Ever since, she’s earned a 4.0 grade point average. Five years later, she’s a junior at Atlanta Adventist Academy. She dreams of becoming a missionary doctor and returning to help her people in Myanmar.

Like Naing, the other children who were enrolled in the Adventist school blossomed in their new Christian environment. Seeing this, Kelli pressed on, finding even more sponsors. This year, 53 refugee children are enrolled in Adventist schools! The kids recognize the opportunity they’ve been given and express their gratitude: “The first day of school was so great! The teacher was so nice, and, finally, I can study the Bible at school.”

Kelli also helps the refugee families adjust to their new lives and surroundings. Newly arriving families have precious few possessions and are often housed in gang- and drug-infested neighborhoods. Kelli makes lunches for 25 children daily and leads teams of volunteers who bring used clothing, furniture, and bicycles. They provide tutoring, assist with filling out forms, take refugees to medical and legal appointments, paint and repair apartments, and clean up run-down neighborhoods.

Clarkston is, of course, just one of many cities around the world where refugees are being resettled. Their circumstances present unprecedented challenges but also offer tremendous, even prophetic, opportunities to demonstrate God’s love. Years ago, Ellen White wrote: “God in His providence has brought men to our very doors, and thrust them, as it were, into our arms, that they might learn the truth, and be qualified to do a work we could not do in getting the light to men of other tongues” (Christian Service, p. 200).

Karen SuvankhamCommunications Coordinator for Mission to the Cities.

Centers of influence, as Ellen White called them, provide an opportunity for wholistic ministry following the example of Jesus. More than 300 centers have been established around the world, and many more are in the planning stages. Some centers are established by mission-driven entrepreneurs, while others are supported by your Global Mission donations. To learn more about centers of influence, please visit MissionToTheCities.org.