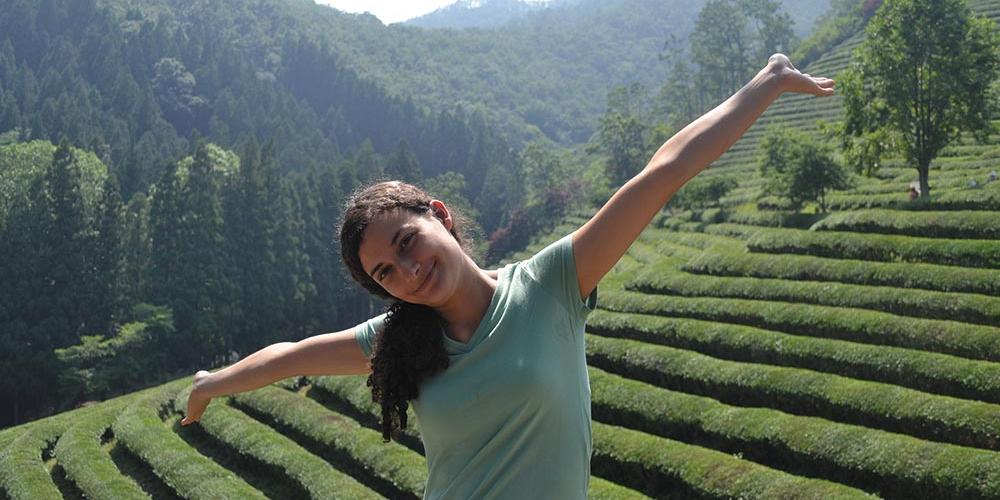 My students had gotten so caught up in repentance that they had missed the underlying theme—the message of God’s love.

God, why can’t they get it? What more can I do to help my students understand how much You love them?” I laid my head on my office desk in frustration, pondering my seemingly impossible challenge.

For several months, I had been teaching a group of adult Bible students in an English language school in Seoul, South Korea. They came from a variety of religious backgrounds, but most of them were not Christians.

Recently, I had focused on Jesus’ life and parables in an effort to reach their hearts with God’s love. We had just explored the story of the prodigal son, but somehow they viewed the father as the one at fault. In an effort to redirect their minds, I followed up with the parables of the lost sheep and lost coin.

“Even so, there is more joy in heaven over one sinner who repents,” I shared enthusiastically, bringing the lesson to a close. Surely they will understand now, I thought.

Then one student shyly raised her hand.

“Did the sheep or the coin repent?”

A few students chuckled. I was at a loss. I had tried everything.

“Let’s talk about this more tomorrow,” I sighed, trying to hide my disappointment. I dismissed class and began preparing for my elementary school students who would arrive in a few hours.

Throughout the day nothing could shake my mind from the task that awaited me, so when a break came in my schedule, I hurried to my office. I had just sat down to contemplate the best approach to take for the next day’s class, when suddenly the door opened and then slammed shut.

“Sam is missing!” one of my co-teachers cried angrily.

“What?” I turned, shaken from my focus.

“All because Rachel sent him outside to find a rock! Can you believe it? How is he going to find a rock in Seoul? And it’s so cold! He doesn’t even have his coat!”

I couldn’t wrap my mind around what was happening until the door opened again, and Rachel hastily entered the room, followed by the director of the language school.

“Rachel, why did you send Sam outside?” I asked. Even though Seoul is a safe place, it was a cold day in March; we had been getting glimpses of spring, but winter was still maintaining its chilly grasp. Coats, boots, hats, and several layers of clothes were all necessary to stay warm.

“He did something wrong, so I sent him outside to find a stone for punishment,” responded the usually patient Rachel. “Is that so hard to do?”

In this concrete jungle, it might be, I thought, silently questioning her abnormal discipline method as I glanced at the clock.

I had 40 minutes before my next class. Grabbing my coat and phone, I left the school unnoticed amidst the commotion.

“God, please help me find this child,” I prayed, setting out into the unknown.

Seoul has innumerable side streets that lead every which way imaginable. Common sense would have told me that as a foreigner it would be impossible to find Sam without getting lost myself, yet strangely I felt at peace.

Stopping in front of the main street by my school, I gazed and pondered. Sam is a good kid, I thought. He wouldn’t have taken the subway or gone into any of the shops. Something’s wrong. He must be lost.

Turning away from the main road, I walked up and down a couple of old, quiet alleyways.

About ten minutes later, something unusual captured my attention. While glancing down one street, I noticed a little head of curly hair pop up behind a car parked on the road and then quickly disappear. Sam had recently gotten a perm, and the child’s height seemed about right.

Dashing down the road, I approached the car and then slowly peeked behind it.

Relieved, I spoke kindly and casually, “Sam! Hey, buddy, what are you doing out here? Are you lost?”

“Let’s go back to school,” I said, putting my hand on his cold shoulder, which was covered by only a T-shirt.

Sam, normally talkative, walked beside me in silence. I figured that he was either guilty of wronging Rachel or he had become very frightened about being lost.

We were almost back to the school when I saw the director approaching us. Shocked, yet thrilled, he ran over, picked up Sam, and twirled him around. After lovingly speaking to him in Korean, he asked me, “How did you find him?”

“I just prayed,” I responded.

The next day the director joined my adult Bible class to share Sam’s story. I hadn’t known that Sam had been outside for a whole hour or that the secretary had already extensively searched for him.

I realized that finding Sam was truly a miracle. Now I had the answer I had been praying for. When the director finished, I addressed the students.

“I searched for Sam because I care about him. And I can’t express to you the happiness that I felt when I found him. Let’s look at these three parables again. They all end with a similar statement—that “there is more joy in heaven over one sinner who repents.” The point is God’sjoy—thehappiness that He has in His heart when He finds His lost children, because He loves them.” All was silent. There were no more questions.

My students had gotten so caught up in repentance that they had missed the underlying theme—the message of God’s love. But at last, they got it . . . and I did too.

Christen Cool graduated from Southern Adventist University with an English degree in 2010 and has been living and teaching in South Korea since 2012. She loves traveling, hiking, and spending time with adult students who have become her dear friends. She is from Hendersonville, North Carolina.