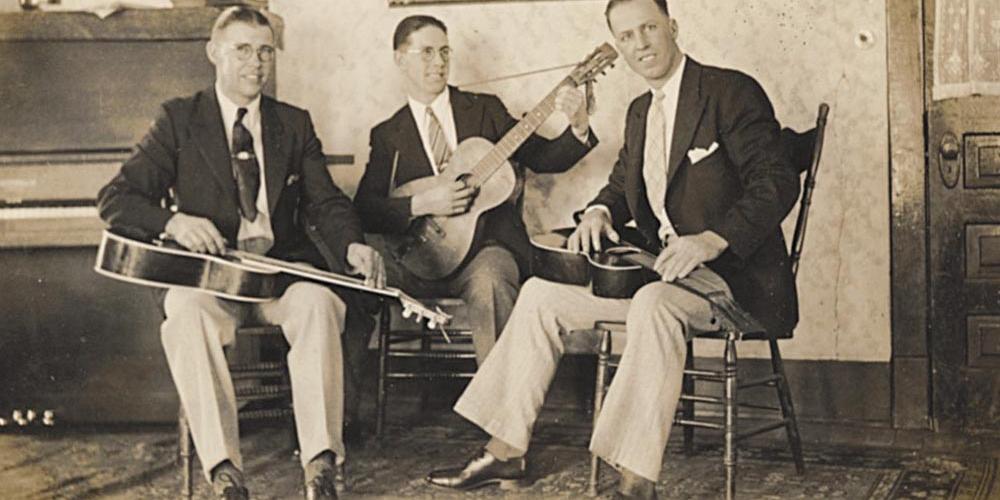 Ejler Jensen may be remembered by friends for his personal stories of faith, such as how he was rescued by a mysterious stranger after a plane accident in an Alaskan blizzard.

But his daughters, Linda and Yvonne, say they will remember their 102-year-old father as a man who dedicated his life to serving others—a missionary spirit that stemmed from a childhood in Canada when he would watch, enthralled, as missionaries at camp meeting used a magic lantern projector to share slides of their far-off travels.

“From those days, Dad determined that he would be a missionary when he grew up,” says his elder daughter, Linda.

Ejler’s childhood dream of serving overseas came true in 1948 when he accepted an invitation to serve in Indonesia as the director of the North Celebes Mission. At the time, he and his wife, Iona, were living in Juneau, Alaska, where Ejler headed the Alaska Mission.

The couple boarded an old freighter with 18-month-old Linda and embarked on a voyage across the Pacific Ocean. Seventeen days into their journey, they received a cable asking them to go to Japan instead.

Willing to serve anywhere they were needed, Ejler and Iona sailed for Japan, where they spent the next year and a half becoming fluent in Japanese. In late 1949, local Adventist leaders decided to begin mission work on the island of Okinawa, and the Jensens agreed to serve there.

“Okinawa was not very large, we discovered by dusting off the atlas and searching for dots in the Pacific,” Iona later wrote in a 1960 book titled Adventure for God in Okinawa. “After much looking we found it, lying like a small speck about a thousand miles southwest of Tokyo.”

According to the law, no one was allowed to move to Okinawa unless they had a place to live, so Ejler traveled to the island first to build a home. He confidently promised Iona that he would return in six weeks. It took four months.

Okinawa was devastated after the war, and there were no trees to supply lumber. The only building resources available consisted of war remnants and military supplies. Ejler credited countless miracles for providing him with the necessary materials.

Ejler bought a plot of land in the village of Shuri and built a small, traditional wooden house with a tile roof. Once the home was finished, he moved in his family and went to work on securing a lease for nearby government land to build the island’s first Adventist church. In an act of faith, he built a building that could hold several hundred people, even though Okinawa’s population of 600,000 did not include a single church member. He advertised the church by hiring a university student who knew a little English to print and distribute flyers. Forty people attended the first church meeting on August 4, 1951.

After the first church was established, Ejler decided to expand his efforts beyond the community’s spiritual needs to include education and health care. He opened a school in the southern part of the island, and then a church attached to the school. As church membership increased, Ejler began designing a 15-bed clinic. It eventually grew into the Adobenchisuto (Adventist) Medical Center and is regarded today as Okinawa’s leading private hospital.

Thirty-nine patients showed up on opening day of the clinic, and within a year, the lone doctor was seeing more than 200 patients each day.

In 1952, Ejler and Iona’s second daughter, Yvonne, was born in a tiny Quonset hut on a United States military base.

Childhood of Comfort and Poverty

Ejler was born in 1912 to Danish immigrants August and Mette Jensen in Alberta, Canada. He grew up in the small prairie town of Standard, where his family lived a comfortable life running a livery stable and drayage business as well as the first car dealership in the area.

His parents had a Christian background but rarely attended church services on the isolated prairie, where neighbors lived miles apart and churches were few and far between. Then one day an Adventist literature evangelist knocked on their front door.

“In those days book salesmen were welcomed into homes to stay for several weeks,” says Linda. “They were fed, would help with farm chores, and would share the stories and pictures from their books. The Jensen family was so impressed with this colporteur that they converted to Adventism.”

The Jensens started attending annual camp meetings at Canadian Junior College (now Canadian University College), a trip of 150 miles (240 kilometers) from their home on muddy roads. They traveled with a team of horses that pulled a wagon loaded with feed and a crate of chickens for eggs and with a cow tied to the back of the wagon for milk.

Ejler looked forward to the new family tradition, especially the opportunity to hear about mission work.

In 1918, the Jensen family used a bonus from the Ford Motor Company to move to Modesto, California, where they bought a small plot of land and tried to grow grapes. They worked diligently, but a combination of drought, gophers, and a weak economy devastated them. Financially ruined, they moved back to Canada.

Attempts to farm wheat proved successful until the Great Depression and Dust Bowl hit in 1929 and the 1930s. The family lost everything and had to walk away, destitute and heavily in debt.

At age 20, Ejler became a literature evangelist to raise money for college. He was given an old bicycle with wooden wheels and a territory of hundreds of miles. He later described this time as the loneliest of his life, going from house to house in the country, seeing unfamiliar faces every day, and asking for a bed to sleep on.

Ejler attended Canadian Junior College from 1936 to 1939 and then transferred to California-based Pacific Union College (PUC), where he graduated in 1942 with a double major in Bible and history. At PUC, he met and fell in love with Iona Clark. They married in 1942.

A Plane Accident in Alaska

The young couple lived the first two years of their marriage in Nevada and Utah, where Jensen worked as an evangelist and pastor. Then in 1944, Jensen accepted a call to work as head of the Alaska Mission, a territory that covered thousands of miles from the Aleutian Islands to the southern panhandle.

At times it took days to reach remote parts of the territory with Ejler catching rides on fishing boats, on old Coast Guard lifeboats, or with bush pilots delivering supplies and mail with amphibious aircraft. One night, while flying with a bush pilot, a storm forced a landing on a small inlet. Ice developed on the wings and propeller, and the plane began to sink. Ejler and the pilot jumped out and waded to shore. Disoriented, wet, and freezing, Ejler began to pray fervently.

Suddenly, out of the blowing snow, a figure appeared. An old Eskimo, dressed in solid white, waved at the lost pair to follow him. He led them through the storm to a small settlement, where villagers gave them shelter until the storm passed.

When Ejler asked the villagers for the rescuer’s name in order to thank him, they replied that no such person lived in the area.“Dad was certain that his guardian angel had appeared to save him that day,” Linda says.

The Rest of the Story

In 1960, after a decade on Okinawa, Ejler was appointed director of the Tokyo Sanitarium and Hospital (now Tokyo Adventist Hospital) and the pastor of a church on the same property. Six years later, Ejler and Iona moved to Malaysia, where Ejler worked as business manager of the Penang Sanitarium (now Penang Adventist Hospital) and as the pastor of the English-speaking church.

Then, with both of their daughters in college, the Jensens decided to return to the United States in 1969, where Ejler worked four years as an assistant credit manager at St. Helena Hospital in Deer Park, California, and then pastored a church in Miranda, California.

Ejler and Iona retired in 1975 and enjoyed a long and fulfilling retirement together. Iona passed away in 2005. Ejler remained active until the last year of his life, tuning cars for his neighbors, gardening, and working on small building projects.

“He was happy even after he grew too weak to get out of bed,” says Linda. “He spent his last months reading the Bible, listening to gospel music, and welcoming visitors.”

“Sitting by my father’s bedside as he was passing was truly an honor as I reflected on the many lives that he touched throughout his hundred and two years,” adds Ejler’s younger daughter, Yvonne Truby. “I not only felt my loss and the loss for our family but the loss of all whose lives have been so blessed by his commitment to serving the Lord.”

Andrew McChesney became the news editor for Adventist Review at the Seventh-day Adventist Church world headquarters in 2014. Formerly, he worked as a journalist in Moscow for 17 years, including the past 7 as the editor-in-chief of Russia’s only English-language daily.