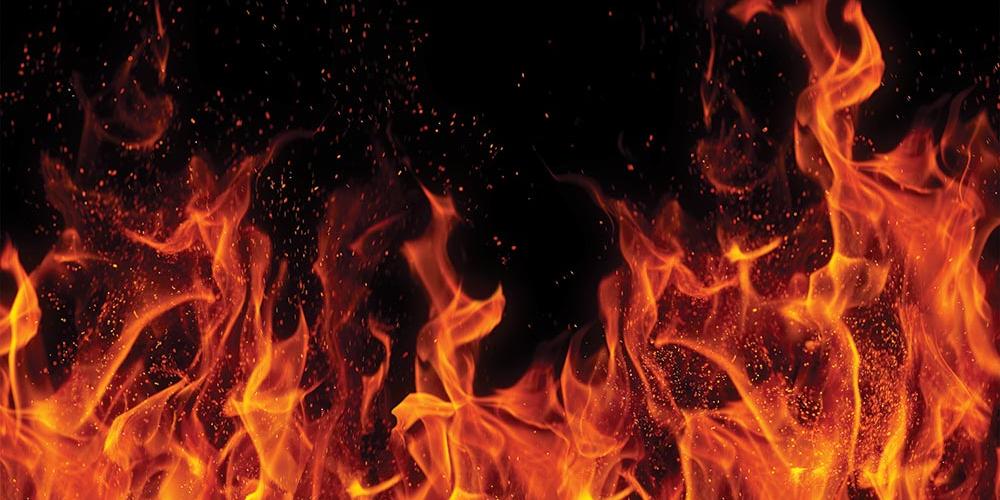 Fire! Fire!” the neighbors shouted, alerting Ado’s mother that her tiny thatched home was on fire.

Fire! Fire!” the neighbors shouted, alerting Ado’s mother that her tiny thatched home was on fire. Flames shot from the roof and walls, and smoke filled the hut. Mother managed to escape, but then she realized that her baby boy was still inside the house. Ignoring the flames and thick smoke that billowed out of the doorway, she ran into the house to rescue her baby.

Neighbors held their breath as seconds passed and the flames grew brighter. At last, Mother emerged from the burning hut with her baby held close to her body. The little one was safe, but Mother had been burned on her arms and face. Over time, most of her wounds healed, but her once-beautiful face was forever scarred by the fire.

Ado grew to be a strong boy. He noticed that his mother’s face did not look like other mothers’ faces, but he did not ask why. Someone had told him the story of how his mother had saved him from the fire when he was a baby, but he didn’t realize that the scars on his mother’s face had come because of her love for him.

One day when he was playing with his friends, someone made fun of Ado’s mother’s face. The boys laughed, but Ado ran home so his friends would not see the tears forming in his eyes.

Ado hurried into his hut and sat down. When his mother came in, she could see that her usually happy boy was quiet. “Is something wrong, my son?” she asked.

Ado thought for a moment and then asked, “Mama, what happened to your face?”

“Why do you ask, my son?” his mother questioned, stiffening a bit but trying to be calm.

“The boys—one of them told another boy that he was ugly, like Ado’s mother,” Ado blurted out “What happened to your face?”

Mother was quiet for a moment. Then she stood up and walked to her drawer and pulled something out. She gave it to Ado. It was a photograph of a beautiful young woman. Ado studied the picture and then looked at his mother. “Is this you?” he asked.

“Yes. It was taken before the fire.” Ado knew about the fire. He knew that his mother had pulled him from his bed and saved his life. But he had not thought about what her unselfish act had cost her.

Ado stood and hugged his mother. Now he understood. His mother had risked everything for him. Without her unselfish act, he surely would have died in that fire. He looked up into his mother’s face. It was no longer scarred and wrinkled to him. It was beautiful; it was the face of love.

Ado squeezed his mother tightly. “To me, you are beautiful—even more beautiful than your picture.”