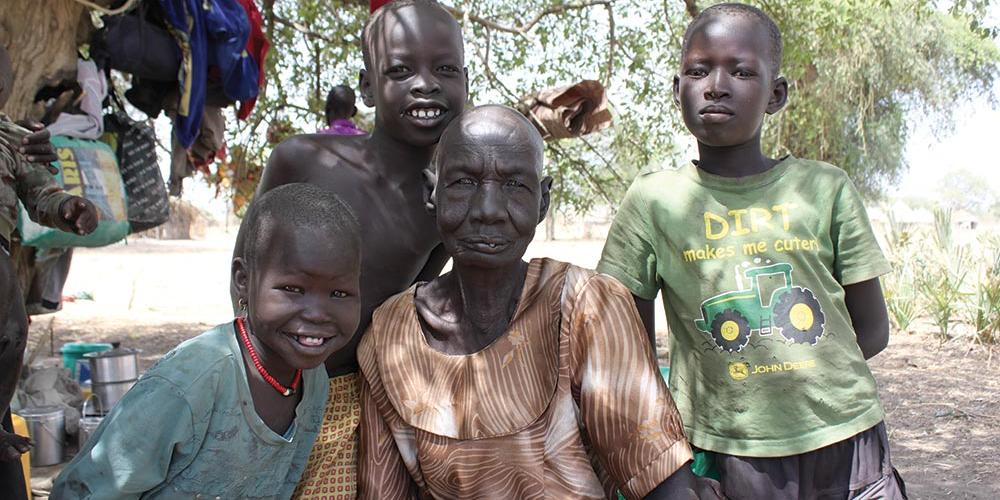 As the futbol bumped along the ground, Opio saw someone running toward him, someone he didn’t know.

The sun was slowly falling to the horizon as 13-year-old Opio ran through the field playing soccer—or, as he calls it, futbol—with his brothers and sisters. The moment was peaceful and filled with joy. But that was all it was, a moment. Before the sun would set that night, Opio and his siblings would no longer be freely chasing a futbol across the South Sudanese earth. They would be internally displaced persons (IDPs) and orphans.

As the futbol bumped along the ground, Opio saw someone running toward him, someone he didn’t know. It was a worker from the United Nations Mission in South Sudan (UNMISS). The man hurriedly explained that the nearby fighting was coming to their town and commanded the children to run to the UNMISS camp to avoid being killed.

Opio knew his father was in the barracks, but he didn’t know where his mother was. All he and his siblings could do was run to the camp and hope and pray that someone might care for them there.

ADRA South Sudan is currently stationed in Nasir County in the Upper Nile State, one of the counties that borders Opio’s home county of Unity. In Nasir County alone there are currently some 180,000 IDPs.

“The Adventist Development and Relief Agency (ADRA) is doing its best to provide food for the IDPs,” says Thierry Van Bignoot, director of the Emergency Management Unit at ADRA International in Silver Spring, Maryland. “However, ADRA South Sudan is only able to provide food for between 12,000 and 21,000 people at this point. With the rainy season descending upon the region, it is even more crucial to get supplies to refugees, yet more difficult at the same time. If nothing is done, the famine could claim many of their lives.”

ADRA workers on the ground in South Sudan are without access to a vehicle at this time, making it especially difficult to reach some of the IDP locations during the rainy season. Many times their only means of transportation is by foot. Yet even with these additional complications, ADRA is committed to helping as many IDPs as possible.

“The number of IDPs is increasing as fighting in the area continues,” says Jonathan Duffy, president of ADRA International. “ADRA South Sudan will need additional funds to provide them with the necessities of life. ADRA International is currently raising one million dollars to help refugees, IDPs, and other families in South Sudan and around the world.”

The additional funds will help pay for food, clothing, and education for IDPs who have no access to education while living at the camps.

ADRA is setting up six tent-schools with two classrooms in each for children in neighboring Maiwut County, which is also in the Upper Nile State.

In the future, Opio wants to work in a hospital to help others in need. “I am not very sure about my future and the future of my brothers and sisters,” he says. “But I hope that one day God will give me an opportunity to go to school.”

Suzanne Ocsai was a marketing intern at ADRA International in Silver Spring, Maryland, when she wrote this story. She is originally from Chattanooga, Tennessee.